May shoot projectiles at the player

Xaerous Brain (ゼロスブレイン, Zerosu Burein?) is the controlling entity inside the mothership of the invading forces, and final boss of the original Gradius. It is referred to as the Mother Computer in Gradius ReBirth.

Its one and only in-game action is to close the entrance hatch on you. Its weak spots are the structures holding it in place, although it will also self-destruct after 30 seconds. The player may also ram it by accident.

In this port, it attacks by firing four projectiles at a time in the player's direction.

As with the Spectrum version, the boss also attacks, although the projectiles he fires are reduced to two. This version also has the highest health of any boss in the game and, unlike the other variations of this boss, the weak spot in this battle is the brain itself.

Known as the "Mother Computer" in this game, the boss gains the ability to send Option Hunters at the player.

There has been some speculation about Xaerous Brain probably being a form of Bacterian himself. Such facts as Xaerous being the first Bacterian mothership, the story of Gradius III mentioning the rebirth of Bacterian, and Bacterian's speech about how he "will always be reborn", may be evidence that the Brain is Bacterian. Another fact that may create a connection between the two is that the Brain is also known as Bacterian.

This "boss" established the series long running in-joke of having the final enemy be an absolute pushover. In this case, it does not attack at all.

Xaerous Brain appears in the second episode of the Salamander anime series. Unlike the game he originated from, this time he does attack.

Lee McBain, Stephanie's father, is the true identity of Xaerous Brain. He is first seen in his human form inside a ship transporting him to Gradius, recording a speech as he made a treaty of peace with three different planets (Pal, Viola and Lotus), with the only one left, planet Latis.

Finishing his recorded speech, an unidentified object rushed to his ship, which actually were the Bacterians forming "a gaz". As the president and the ship crew rushed to the safety seats, the Bacterians attacked the ship, captured Lee and turned him into a Cyber Brain.

Even when being destroyed, he thanked his daughter and Dan for saving Gradius and died peacefully. 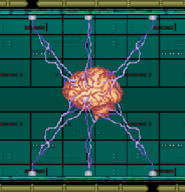 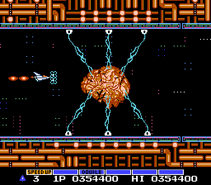 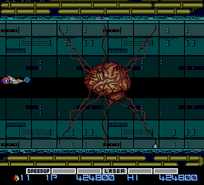 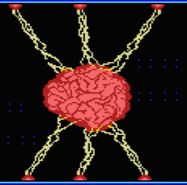 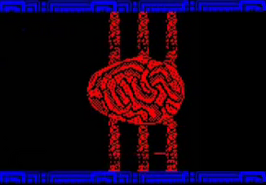 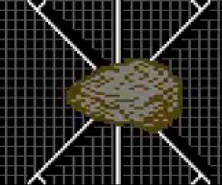 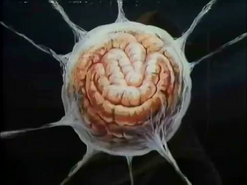