Vic Viper (ビックバイパー, Bikku Baipā?) is a recurring character in the Parodius series, appearing in all games. He is based on the titular starfighter from the Gradius series.

Vic Viper would later be joined by Lord British, also based on the eponymous Gradius starfighter.

Originally created to serve as a standard Space Fighter for pilot James Burton in 6658, he served the front line for eight years until the Metalion showed up to stop Venom's invasion of Gradius. By this point, he retired into the deep underground, and presumably, gained sentience. By Tako's request, he came out of retirement to fight off the Dream Eater and joined forces with the Space Fighters. He came up to the idea to travel the universe as remembrance of his younger days, but stayed in active service during the later Paro-Wars. By the time of the Second Paro-War, he was stated to be 58 years old. In Sexy Parodius, he is aged up to 64 while Lord British is 49. 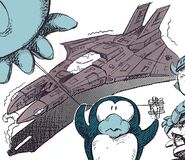 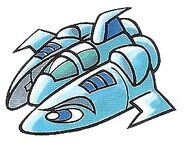 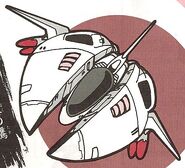 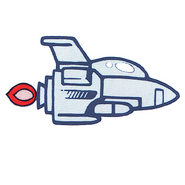 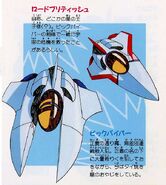 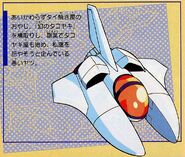