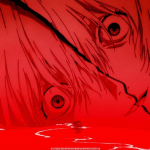 HikaruSadopuri, more infamously known as Saku, created the sole roleplay blog for Hikaru and Akane of the Parodius series.

No one ever reads section headings

i'm Saku. i made a Tumblr to play as Hikaru originally but then it got out of hand and I ended up adding Akane into the mess. the Tumblr is an alternate universe of Parodius, and some of the lore behind it is... not pretty.

Retrieved from "https://gradius.fandom.com/wiki/User:HikaruSadopuri?oldid=27583"
Community content is available under CC-BY-SA unless otherwise noted.