Tetran is a staple boss of the Gradius franchise, first appearing in the spin-off Salamander as the second boss and making regular appearances since. Most, if not all, Tetran encounters usually plays an arrangement of "Poison of Snake".

Tetran's main attack is firing bullets and spinning its four arms around in an attempt to destroy the player. Careful maneuvering is often necessary to dodge in the tight surroundings since the arms limit movement. The arms also protect the core as they spin and block the opening, making attack opportunities limited. Furthermore, the opening that gives access to the core is remarkably tight and shots fired by the player's vessel have a high chance to hit the surrounding edges instead. Managing to bring a good number of Options to the battle will significantly lessen the ordeal, as they can deal damage to the core while the player is occupied maneuvering around the boss.

Tetran generally doesn't change its attack abilities too much between games, but later appearances increase its capabilities by adding extra weapons at the tips of the arms and making the arms themselves more unpredictable in their movements. Gradius V in particular features a significant new addition to the Tetran's arsenal by spinning its arms at incredible speeds while firing lasers rapidly, filling the entire area with enemy fire. He can also fire four beams; two from the front and two diagonally from the back. 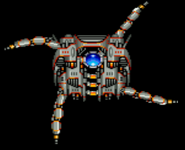 The Zylom, a sprite edit of Tetran in Life Force (Arcade). 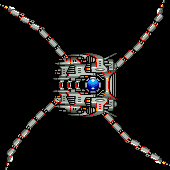 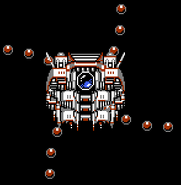 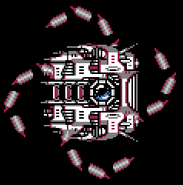 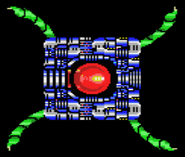 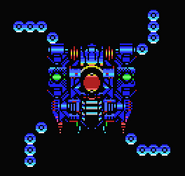 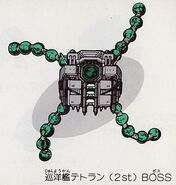 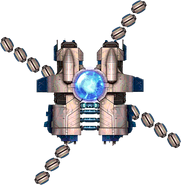