Homes toward the player

All
Rugal (ルグル, Ruguru?) is a recurring enemy in the Gradius series.

In the original Gradius, Rugal is the second enemy to be encountered. They often come in groups of three, and even though slow compared to other enemies, will home toward the Vic Viper and even turn around to get to it, although they don't shoot. They also come in a red variety that drops a capsule when destroyed.

Rugals later appear in Gradius II, Gradius III and Gradius IV, where they gain the ability to fire projectiles unlike in the original game.

Rugal appears in every volume of the Salamander anime. The color of the Rugal has been changed into yellow. 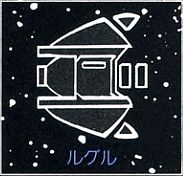 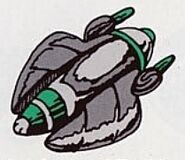 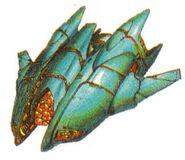 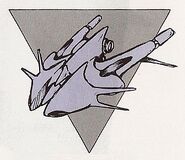 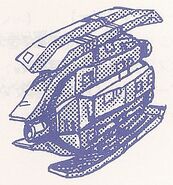 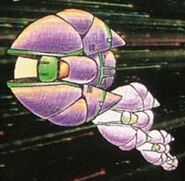 Rugal in the Salamander anime