Appears behind the player launches forward, stealing any Options it comes in contact with

The Option Hunter (オプションハンター?) is a recurring enemy in the Gradius series.

As its name suggests, it is known for stealing Options from the player. It usually appears when the Vic Viper has a lot, if not all, of the Options.

When an Option Hunter appears, it announces its presence by a siren (although some have reported that in some games the siren sound does not play when it appears) while it tries to line up with the Vic Viper. After a few seconds, it then charges forward and any Options that it reaches, as well as those following it (e.g.: if it grabs the second option nearest to the Vic Viper, it also grabs the ones after it, leaving the Vic Viper with only one Option) are stolen from the player. If it fails, it merely continues on forward. The Vic Viper or any playable ship cannot die from colliding with an Option Hunter. Sometimes, the Option Hunter will respawn for another run if it does not grab any the first time.

In some cases, Option Hunters do not leave the screen until all Options the player has are gone. This is usually during the final boss in games such as Gradius ReBirth and Gradius Gaiden. They also home in on players with more skill.

While the Option Hunter itself is invulnerable, in Otomedius it can be crushed by hitting it with a P-Burst charge.

Option Hunters appear on a usual basis. In Gradius II, if all four Options are activated in the first stage, it appears early in Stage 4. On the "Very Difficult" difficulty setting, it will appear when destroying the Shield Core. In Gradius Gaiden, they appear at the third stage boss.

This version's behavior is simple: it stops in the same row you stop. If you stay still with your Options away from you, it misses. A timer is set for when it appears after the fourth Option is activated.

In Gradius Gaiden, a group of nine appear hidden in a small tunnel before the final boss. As described above, they leave only after all four Options are taken (you can activate another one, though).

If all four Options are activated by Stage 5, the Option Hunter appears in the pre-stage. Later in Stage 7, it appears right before the fireballs come. In Stage 9, it appears during the Crystal Rush. And in Stage 10 it comes during the spin lasers.

However, on the SNES version of Gradius III, the Option Hunter does not appear on the EASY difficulty setting, making it very easy to keep the player's options safe. It only appears on the difficulties NORMAL, HARD and ARCADE.

This Option Hunter's behavior is like in Gradius II, it's only homing. However, it's not an easy Option Hunter to avoid, so if you don't have enough room to get out of its path, then you won't be able to get your options safe.

Parody of Option Hunters also appear in Parodius Da! in the Omake Stage exclusive to the SNES version of the game. They have similar look and patterns than their Gradius counterparts, appearing behind the player and then moving toward them. However, they don't produce any sounds to announce their arrival and don't even appear to steal any Options.

They also appear in Gokujō Parodius!, in this version same as the Gradius versions, they appear from behind, emit a sound and rush toward the player to steal the options. They appear if at least one or more Option (or what replace it on the Power Meter) is activated by the player, and are found in stage 5 and in the last stage. In the snes version, they seems to appear only in the highest difficulty levels. Michael and Gabriel and Koitsu and Aitsu who both don't carry any options, are completely immune to them. 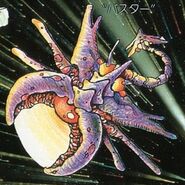 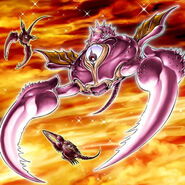 Option Hunter as seen in Yu-Gi-Oh!

Option Hunter as seen in Gokujō Parodius!
Add a photo to this gallery
﻿

Retrieved from "https://gradius.fandom.com/wiki/Option_Hunter?oldid=28971"
Community content is available under CC-BY-SA unless otherwise noted.