Nucleus (細胞核?) is the boss of stage 6 in Gradius.

The Nucleus is the boss of level 6 in the original Gradius. It consists of a pink amoeboid core and a large crystal structure formed of the same material as the rest of the stage.

The Nucleus will constantly spray random projectiles from the vents to each side of its head. Aside from that, it's only attack is to occasionally spawn Amoebas. 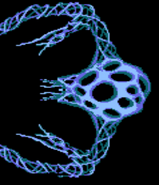 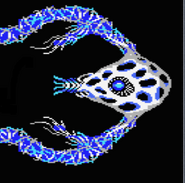 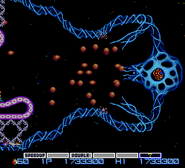 Nucleus in Gradius I PC-Engine.
Add a photo to this gallery
﻿
Retrieved from "https://gradius.fandom.com/wiki/Nucleus?oldid=26175"
Community content is available under CC-BY-SA unless otherwise noted.