The Mother (マザー, Mazā?) is a large enemy type, initially encountered at the start of Stage 3 in Gradius and ReBirth, and later a large swarm of them is encountered as a Sub Boss in Gradius.


It is present in most ports of Gradius. In the Spectrum port it received a redesign.

The Mother's only attack is to release its Children (チルド, Chirudo?) - these small indestructible spheres are shot in a spread, and must be avoided.
The Mother itself is only vulnerable whilst it's hatch is open. The Children block the player's shots.

At the end of level you must deal with many at once, almost covering the screen. Attention should be focused on avoiding the Children. Eventually the entire swarm will vanish and you will encounter Big Core.

In the Spectrum port the battle is changed - you only face one of them at a time, and they will attempt to ram you from the side of the screen, firing a single spread of three children. By simply making small movements up and down to avoid the children you can deal with them fairly easily. After defeating 7 of them, Big Core will finally make an appearance. 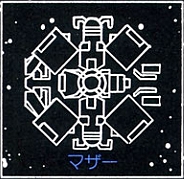 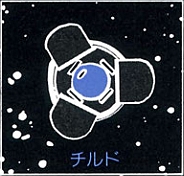 Add a photo to this gallery
Retrieved from "https://gradius.fandom.com/wiki/Mother_and_Child?oldid=25708"
Community content is available under CC-BY-SA unless otherwise noted.