In the X68000 version, be careful of the shrapnel bullets after shooting the core armor. Also in the X68000 version, the first attack it does is to shoot two Blue large -and wide lasers as a surprise tactic then uses Big Cores 4 laser attack but it is Brown and thin but longer . 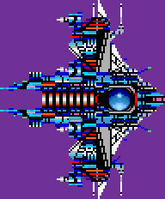 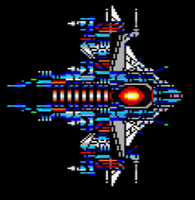 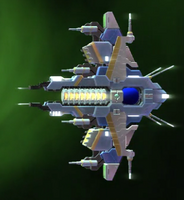 Add a photo to this gallery
Retrieved from "https://gradius.fandom.com/wiki/Misfit_Warship?oldid=11380"
Community content is available under CC-BY-SA unless otherwise noted.