Single player
The Konami GB Collection (コナミGBコレクション, Konami GB Korekushon?) is a series of video game compilations for the Game Boy Color composed of four volumes. The compilations were originally released from 1997 to 1998 in Japan, and were later released in Europe in 2000.

This is the original Japanese lineup. The Japanese Vol. 4 became Vol. 2 for the European release, affecting the numbering of the remaining two volumes. Thus volumes 2 and 3 in Japan became 3 and 4, respectively, in Europe.

The original Japanese releases feature Super Game Boy palette and border support, with game descriptions and instructions provided by the girls (Shiori, Saki, Ayako and Miharu) from the original Tokimeki Memorial. The European versions added color support for the Game Boy Color, but removed the Tokimeki Memorial characters and tutorials. 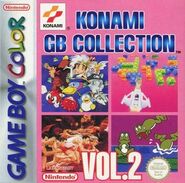 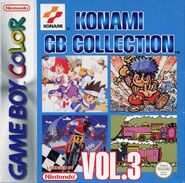 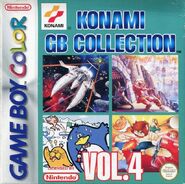