All games
The Jumper (ジャンパー, Janpā?) is a recurring enemy in the Gradius series. It made its first appearance in Gradius, in the Volcano stage, and have appeared in almost all games since.

Jumpers are similar to Uros, but are much more mobile, being able to hop across the terrain instead of just hovering over the it. They'll generally just hop across the terrain, although they'll occasionally pause between bounces and shoot three bullets in different directions. Oddly, at least in the first stage, red colored Jumpers are more common then regular ones. 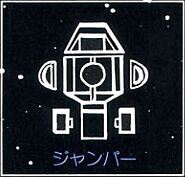 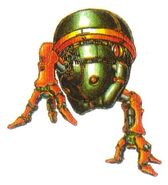 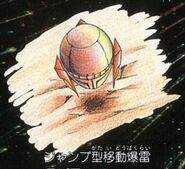