"Dark Force"
"Aircraft Carrier"
The Iron Maiden (アイアンメイデン, Aian Meiden?) is a large enemy type, only seen in miniboss battles, and is a major recurring miniboss in the Gradius series, originally appearing as the Stage 4 miniboss in Gradius.

Iron Maidens traverse the terrain in an attempt to collide with the player. If the player is not in a good position or has not dealt with the other enemies in the area they can quickly become overwhelmed. While present in most ports of Gradius, they were replaced by an Inverted Volcano in the NES version.

The Iron Maiden is usually joined by two Dagoom hatches, which spawn a constant stream of enemies until they are dealt with. The Iron Maiden itself follows a preset movement pattern, along the path of the mountain and terrain, before eventually enclosing in on the player, and once they move up to the right side of the screen, they advance directly at the player. It's possible to move around them as they're advancing at the player, but if the Iron Maidens are fast enough then it's better not to try this.

In Salamander, the Iron Maiden appears as a regular enemy in the final mission. Here they are much smaller than the regular Iron Maidens and have a different pattern, jumping from the walls and shooting.

In Gradius ReBirth, the terrain they're normally present in is inverted and they actually emerge from the terrain itself.

The main way to survive these minibosses is to first take out the Dagoom hatches if possible, find a safe spot and stay there, dodging projectiles headed your way as necessary. This safe spot should optimally be able to hit newer Iron Maidens coming into the area, as well as older ones as they get closer. If the safe spot is sound, you'll be able to take out the Maidens with little trouble, as they have little health.

In Gradius, it's possible to get to the right and let the Iron Maidens fly past you, but make sure to have the hatches destroyed. Also, stay in the middle. In Gradius ReBirth, hiding in the upper-right corner will work as well. 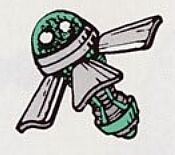 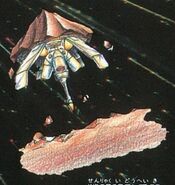 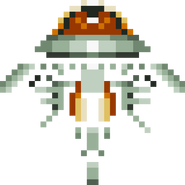