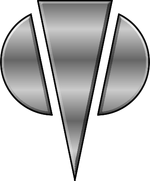 The Gradius Empire is the main protagonist organization from the Gradius series.

The Empire is the main ruling force of the planets in the Metalion Solar System, with Planet Gradius as its central home planet. The Empire also encompasses various allied planets, colonies and protectorates. One of its main objectives is to protect and defend itself and its allies from external aggression, especially from the Bacterian Empire.

The Imperial Government is ruled mainly by the Lars line of emperors, who are aided by a group of ministers. Since one of the Empire's main activities is space travel and colonization, they also run various science agencies for research and development related to space travel and new energy resources, some of which include the Space Science and Technology Agency, the Department of Defense and the Space Air Force.

Once the Bacterian threat has been eradicated for good, the empire will be dissolved and in its place the Gradius Union will take charge. 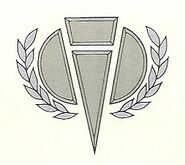 Add a photo to this gallery
Retrieved from "https://gradius.fandom.com/wiki/Gradius_Empire?oldid=28803"
Community content is available under CC-BY-SA unless otherwise noted.