The Golem (ゴーレム, Goremu?) is a recurring boss in the Gradius series.

Golem is one of the many creatures found in the Gradius universe. It is a giant brain with arms and one eye. He is the first boss of Salamander, and most likely serves as the brain of the entire Bionic Germ, staying encased in pink growth, only coming out if something threatens him to fight, while creating the anti-bodies and defensive organic creatures to stop anything from reaching him, seeing as soon as he's defeated, the entire Bionic Growth area dissipates, meaning the area cannot live without a mind controlling it, like every living thing. He later reappears in Gradius II's boss rush, and then again in Gradius III as a hidden boss.

The Golem appear in the Salamander anime Vol.1. Unfortunately, it doesn't show it attacking. 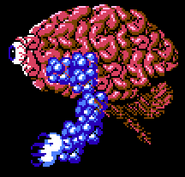 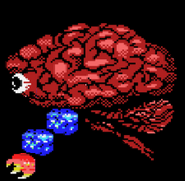 Render from Salamander Deluxe Pack Plus 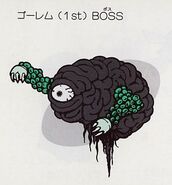 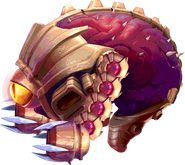 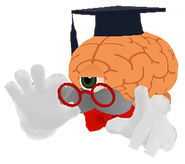 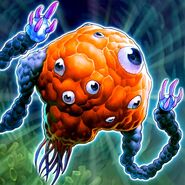 Snatcher
("Brainy" from Monster Maulers)
Add a photo to this gallery
﻿

Retrieved from "https://gradius.fandom.com/wiki/Golem?oldid=27768"
Community content is available under CC-BY-SA unless otherwise noted.