Erul Tron (エリュー・トロン, Erui Toron?) is one of the main characters in the Otomedius series. She pilots the Lord British Riding Viper.

Erul Tron is a Gradian and Anoa's best friend and partner pilot. She's quite intelligent and enjoys studying Earth culture. She's a second-year student and attends to the same class as Anoa at St. Gradius Academy.

Her main homeland is Latis, a planet near Gradius which has been on friendly terms with it for a long time.

However, the real reason why she came to Earth was to look for her brother, the former pilot of Vixen, a Latian craft that disappeared time ago without leaving any trace.

Erul Tron pilots the Riding Viper version of the Lord British. She is another balanced character that is mostly focused on offense. Her Cyclone Laser, Ripple Laser and Twin Missile weapons are all for frontal attacks. Her four Multiples are very similar to Options, with the only change being that they have a 0.5 second delay in movement. Her Platonic Break is the Spread Sphere, with the attack firing twin plasma balls that spread out upon impact. 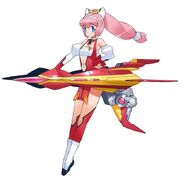 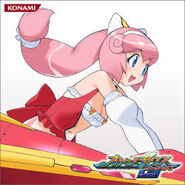 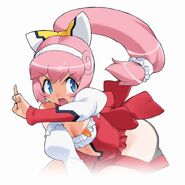 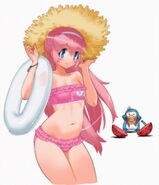 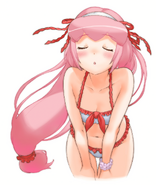 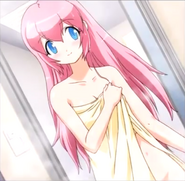 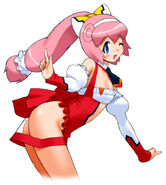 Retrieved from "https://gradius.fandom.com/wiki/Erul_Tron?oldid=27577"
Community content is available under CC-BY-SA unless otherwise noted.