Gradius Wiki
Register
Don't have an account?
Sign In
Advertisement
in: Enemies, Music references, Gradius I enemies,
and 11 more

All games
The Ducker (ダッカー, Dakkā?) is a recurring enemy in the Gradius series.

Duckers are a kind of mobile bipedal cannon that walks along the terrain, top or bottom, on two stilt-like mechanical legs. They appear from the left side of the screen, race along the terrain in order to get ahead of the Vic Viper, and fire back at it. They usually shoot a single basic bullet, but on other games/loops/difficulties, a Ducker may shoot more the one. Duckers have made appearances in nearly every Gradius game, as well its various spinoffs and even making cameos in other Konami games. They're usually found in the first stages, and then later stages where many mechanical enemies attack.

Usually two Duckers will run on screen together, one on the top and one on the bottom, far ahead of the Vic Viper, then stop and fire bullets at it. They'll continue running if Vic Viper passes them until they're ahead again, and the pattern repeats. 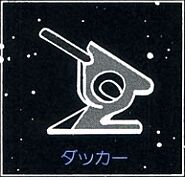 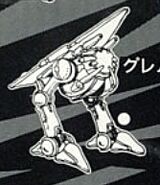 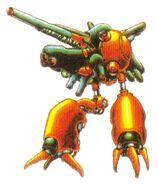 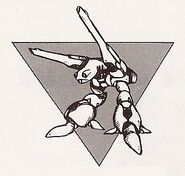 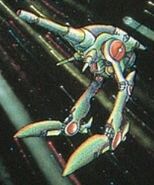 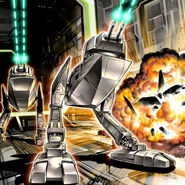