Gradius Wiki
Register
Don't have an account?
Sign In
Advertisement
in: Enemies, Music references, Gradius I enemies,
and 10 more

In Gradius, it is the fifth enemy to be encountered in the Volcano stage. They are immobile cannons on the top or bottom of terrain, that will pivot their turrets at the Vic Viper and shoot bullets at it.

Dee-01's as said, are immobile, and so therefore, can only pivot their turret to any angle, and shoot bullets at the Vic Viper. They are often grouped together, a lot of times guarding the large hatches that release enemies. The Dee-01s located at the bottom of the terrain are particularily easy to kill with Missiles, though the top ones have to be shot at manually. There are red colored Dee-01s that drop capsules, though they are rare.

Dee-01 enemies appear in the Salamander anime. They are purple-colored. 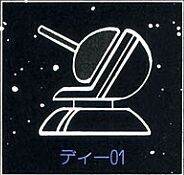 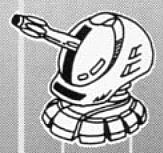 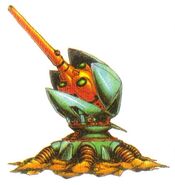 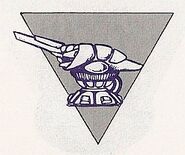 Dee-01 in the Salamander anime