Covered Core (カバードコア?) is a recurring boss in the Gradius series, generally encountered in the boss rush section.

Covered Core actually fires 4 lasers, same to the Big Core. Due to it's massive size, these lasers can't be fired (in some loops he fires 4 lasers) and he can fire homing missiles (quite rare) after firing lasers. 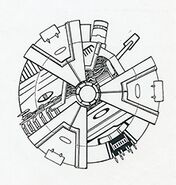 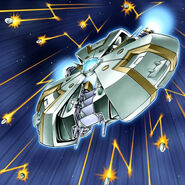 As seen in Gradius II 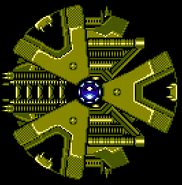 As seen in Gradius II NES

L. Cover from Force Gear
Add a photo to this gallery
﻿

Retrieved from "https://gradius.fandom.com/wiki/Covered_Core?oldid=24610"
Community content is available under CC-BY-SA unless otherwise noted.