It is the first enemy to be encountered in Salamander. They act like the Fans from the original Gradius, moving across the screen in formations of six or so. Strangely, the red variations are more common, and destroying all of the formation will cause the last one to drop a capsule, another similarity to Fans. An upgraded version, Bellberg Mk II, also appears in this game, but has the same attacks as the original.

Bellbergs attack in formations, and act exactly the same as Fans, though a little slower. 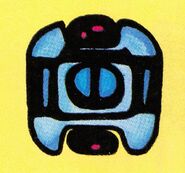 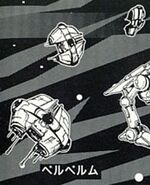 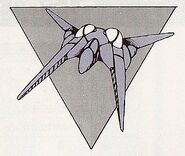 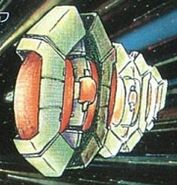 Bellberg in Salamander
Add a photo to this gallery
Retrieved from "https://gradius.fandom.com/wiki/Bellberg?oldid=29396"
Community content is available under CC-BY-SA unless otherwise noted.