Beans (ビーンズ, Bīnzu?) is a recurring enemy in the Gradius series.

Beans were first introduced in the second stage, Stonehenge, of Gradius. They became commonly seen in the other games of the series.

Similiar to Fans, Beans appear in formations, in two different squadrons that criss-cross each other, almost creating the illusion of a figure eight. As with the Fans, also, if all Beans in a formation are destroyed, the last one will drop a capsule.

In Gradius IV, Beans are replaced with Cirkwavis as the second formation enemy encountered. 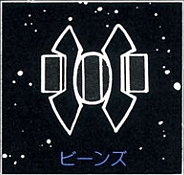 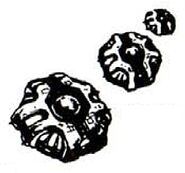 Cirkwavis in Gradius IV
Add a photo to this gallery
Retrieved from "https://gradius.fandom.com/wiki/Beans?oldid=28357"
Community content is available under CC-BY-SA unless otherwise noted.