She is one of the stolen Bacterian androids that currently joins in Organization G. a simple and innocent android has a feeling that she's always carefree from the mission along with Strarf and they really happends that her memories as been vanished by the Bacterians.

Her Riding Viper is the Anthurium, a ship resembling the Vic Viper T-301 with an element of the Blue M-45 and an MMS Type Angel from the Busou Shinki series.

She is voiced by Kana Asumi.

Arnval pilots the Anthurium as her Riding Viper. She is a balanced character overall. Her Twin Laser might not penetrate through enemies, but it is a top-tier laser because of its overall effectiveness. Her Flying Torpedo missile weapon shoots forward, but the trajectory can be pushed outward and the firing of it delayed by holding the fire button. Her Reverse Freeway weapon operates by firing the second shot at the typical Double's trajectory when stationary, and when moving, in the opposite direction of your movement. Being that Arnval was designed from Bacterian schematics, her Formation Options are miniature Garun units that spin. These are effective for wiping out all enemies on the screen for the area they cover, and you can extend them outwards by holding down the powerup button when the option slot is highlighted on the powerup bar. Her Platonic Break is the Hyper Blaster, which is a large laser that is shot solely from her Riding Viper and is capable of almost destroying a Core in just a single charge. 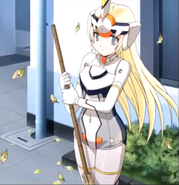 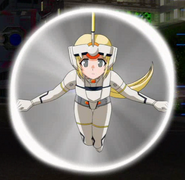 Retrieved from "https://gradius.fandom.com/wiki/Arnval?oldid=26480"
Community content is available under CC-BY-SA unless otherwise noted.