Gradius Wiki
Register
Don't have an account?
Sign In
Advertisement
in: Enemies, Music references, Gradius I enemies,
and 11 more

Amoeba (アメーバ, Amēba?) is a recurring enemy in the Gradius series.

Amoebas are organic creatures first introduced in Cell, the sixth stage in Gradius. They will commonly appear in other games of the series. A more larger version, Amoeba MK II, appears in Nemesis 3.

Amoebas float towards the Vic Viper. They are often found tucked into the crystal-like growth that must be shot through in the Cell stage, but will leave through this growth to reach the Vic Viper no matter what.

Amoeba makes a very brief appearance in the third episode of the Salamander anime. 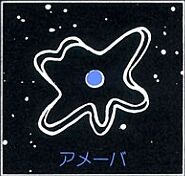 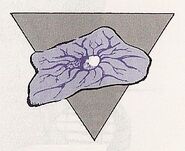 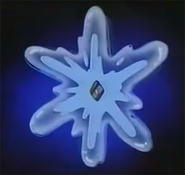 Amoeba as seen in the Salamander (OAV)