Abaddon Warship is the boss of Stage 7 in Nemesis 2 (all versions). It is also part of the boss rush in Nemesis 3. It is a very tricky boss to fight, due to its weapon and speed.

Abaddon Warship has only one weapon, but knows how to use it well. It shoots a wide laser and then moves up and down toward you. In order to fight this effectively, you have to make sure you keep far away from its line of fire, or else it will trap you. It will shoot this laser for a long time.

In Otomedius, Abandon Warship appears as one of the bosses in the Versus mission. Some new abilities were given to this boss, such as shooting normal bullets and transforming into Mayhem Warship. 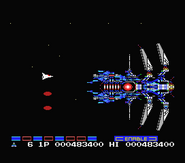 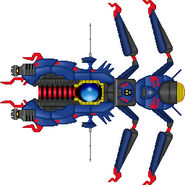 The Otomedius version of Abaddon Warship 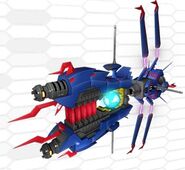 From Otomedius Gorgeous Vs Mode