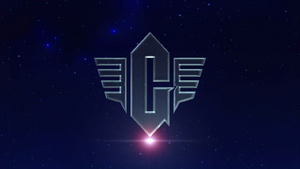 The Interdimensional Anti-Bacterian Organization "G" is a group that was introduced in Otomedius. "G" was created by people (and Gradians) from the future who discovered the multiverse's existence.

The "G" organization has been fighting the Bacterians for years. Its main defensive force are the Angel Squadron.

Retrieved from "https://gradius.fandom.com/wiki/%22G%22?oldid=25872"
Community content is available under CC-BY-SA unless otherwise noted.